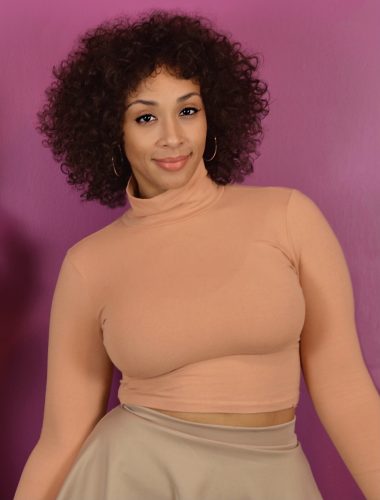 She is a graduate of the UCB improv program, as well as a UCB diversity scholarship recipient, and her first one woman show Lasagna debuted at The People’s Improv Theatre to a full crowd and rave reviews.

Her comedy mixtape A Draggable Offense is set to release December 11. 2020.

Additional Information:
Von Decarlo produced three Patrice O’Neal comedy albums: Mr. P, Unreleased, and The Lost Files. In addition, she wrote and produced the theme music for his Comedy Central special, Elephant In The Room, and is Executive Producer of the official Patrice O’Neal documentary with partners Comedy Central and All Things Comedy. She is proudly spearheading this highly anticipated documentary about his life and legacy to help ensure his memory and comedy is kept alive, and continuously introduced to future generations.

Fun Facts: Von Decarlo is a double first name, and yes, her mother named her after Lily Munster. Her last name is Brown. Her first television appearance was on the reality show, Temptation Island, in 2001. She was the first (single) female to be kicked off of the reality show for being “too intimidating”.